The chamber is constructed of non‐magnetic materials, and process connections to mate with those of the tank, vessel or other equipment where the level is to be measured.

The float is engineered and located inside the chamber. It is sized and weighed to the specific gravity of the process fluid to be measured. The float contains a 360° magnetic assembly which generates a strong uniform magnetic circuit. The indicator and the float are interlocked by the magnetic flux lines generated by the magnets. The hermetically sealed indicator, the wide flag or wide tracker styles, both contain its own magnetic assemblies which interlock with the float through the chamber, providing a strong and reliable design. As the float moves with the changes in the liquid level, the magnetic attraction between the indicator and the float will ensure that the indicator will track the position of the float exactly and the liquid level is measured precisely. 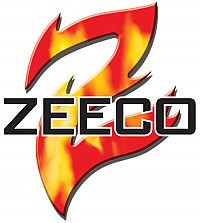